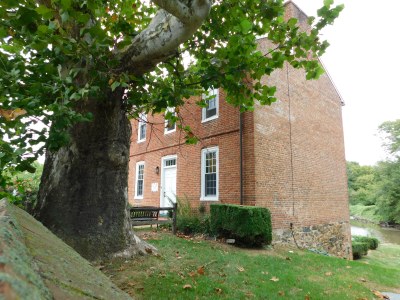 It was the first in a long history of meetings at the brick house near Stanton, Delaware. George Washington, the Marquis de Lafayette, and other American officers stood in the shade of a young sycamore tree in the yard on September 6, 1777, discussing how they would defend their capital, rehiladelphia, from the invading British army. That house – now called the Hale-Byrnes House after its first two owners – and that very same sycamore tree still stand near the confluence of Red Clay and White Clay Creeks, rivers that drew millers such as Quaker Daniel Byrnes to the area.

In the twentieth century, it was the house’s Revolutionary connection that inspired local preservationists to save it from highway demolition. Today, the state-owned house is leased to the Delaware Society for Preservation of Antiquities. This organization manages an active schedule of public programs and a resident curatorship, besides overseeing the maintenance of the house and grounds.

Fittingly, given the 1777 meeting that took place there, the Hale-Byrnes House was preserved from the beginning not so much as a museum, though it includes period furnishings, but as a gathering place for historical societies, hereditary organizations, interest groups, and roundtables.

When the weather cooperates, some of these meetings still take place in the shade of a weathered old sycamore that witnessed Revolutionary events. 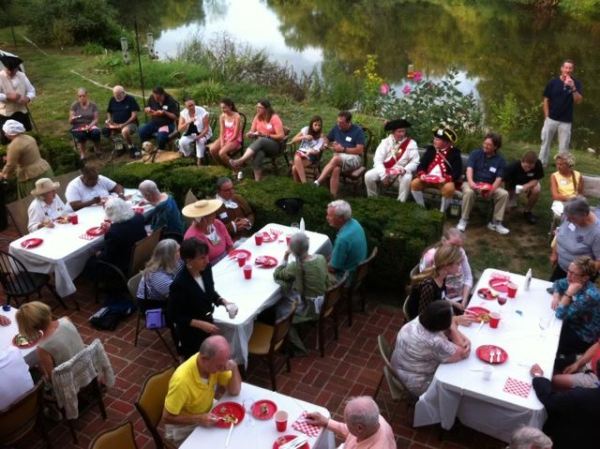 Admission: Free on open house days and donation-based for programming.

Connections: Want to follow more of Washington’s footsteps? Visit the Amstel House, operated by the New Castle Historical Society, and step into a parlor where he attended a wedding in 1784.